My first experience with dystopian fiction, with a genre of novels that explore a future that is bleak, corrupt and almost without hope, was in High School when we read Z For Zachariah. I recall finding the main character Ann introspective and indecisive; there was much contemplating on loneliness and praying (as I attended a Catholic girl’s school I wondered at times whether they had chosen this novel as yet another way of attempting to convince us that talking to God would indeed come in handy one day – particularly if we found ourselves in a post nuclear wasteland).

How different the introspective Ann seems in comparison to today’s post-apocalyptic action heroines.

Perhaps as a backlash to our seemingly insatiable thirst for paranormal romance fiction which tended to feature beautiful and often passive damsels in distress in need of a charming Vamp to save them, we are now being bombarded with kick-butt, clad in-black, hair-tied back warrior girls ready to literally fight for freedom. The Hunger Game’s Katniss, Divergent’s “Tris”, Disruption’s Maggie and The Maze Runner Trilogy’s Brenda all out-kick, out-shoot and outsmart not only the boys around them, but society itself. Bam! Girl Power!

Or is it? Writer and Feminist Emily Maguire in her thoughtful “Letter to the Girls I misjudged”, published in Sincerely, an anthology of letters derived from the Women of Letters events, laments the fact that as a young girl she associated all things traditionally girly with weakness and took great pride in being seen as “one of the blokes”; “It was the most wonderful compliment I had ever received and [it was] reinforced every single day when I heard the things people said about girls … the simple, contemptuous way that almost everybody – kids, teachers, even members of my own family – used that word, ‘girl’, as the ultimate insult.”

Clementine Ford extends on this idea it in her post “Betraying Our Girlhood”; “Taking up arms against the demonisation of girlhood isn’t about reclaiming our right to love lipstick or dresses or have the occasional conversation about Ryan Gosling’s bottom – although those things are all perfectly fine. The fierce determination to distance ourselves from anything perceptibly “girlie” only furthers the stereotype that women who like “girlie” things are stupid and one-dimensional – and indeed that girlieness itself is stupid and one-dimensional. Some girls – like me – rejected boys’ toys entirely as children, loved pink and watched movies about high-school girls falling in love, yet they still grew up to be strident feminists. We’re all different.”

The Bechdel test was first introduced by Alison Bechdel’s in a comic strip titled “The Rule.” It is a guide that can be applied to works of fiction such as films and books to assess gender bias. It asks whether at least two women talk to each other about anything other than a man. This new era of female protagonists would pass this with flying (suitably dark and masculine) colours as they are rightly too busy in survival mode to gossip about boys. But it struck me that it would be also a speedy test to administer in many cases as these females tend to only really befriend boys and rarely confide in the few other female characters that appear. Apart from having males as their love interests, these girls also only have males as their “besties”; Katniss has Peeta, Tris has Will, Maggie has Gus, Brenda has Jorge. In perhaps the ultimate rejection of their gender, the female action figures seem to also only be able to relate to the fellers.

So despite the fact that I have devoured all of the books above as they are fabulously addictive reads, it is this seeming rejection of the feminine and of females that has begun to trouble me. I am troubled too that the power the future female fighters we’re presented with possess is very much a traditional male version of power. It’s all kick-boxing, weapons, sensible black pants, and fearlessness. Not that there’s anything wrong with this when one is in survival mode– but nor is there anything necessarily wrong with power that presents itself in other more traditional feminine ways – such as through the capacity to form social connections and form and nurture alliances.

There are many ways to be not only to be a girl, but to be a powerful person. Fiction that depicts this would indeed be truly futuristic and visionary. 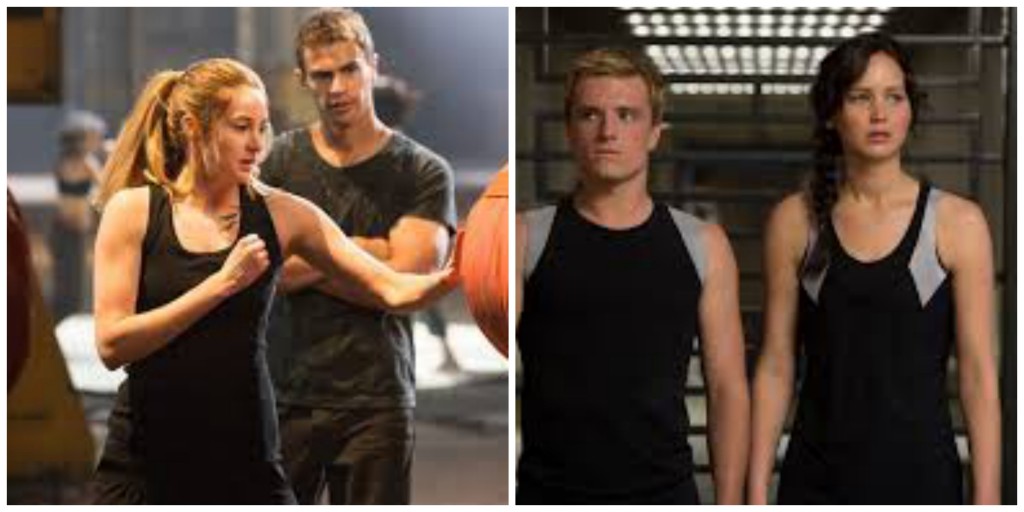 Physical beauty is a mathematical equation. Symmetry. Proportion. Scale. When we look at a traditionally beautiful person and admire his or her face, we are really admiring a perfection equation; what is known as the Golden Ratio.

We tend to value that which is rare. And as this ratio is rare, we have highly valued those that conform to it. But thanks to the normalisation of cosmetic surgery and cosmetic procedures such as injectibles, today many are able to conform to this.

It is no longer rare…

Will we now begin to value the quirky? The imperfect? Those who refuse to equate? 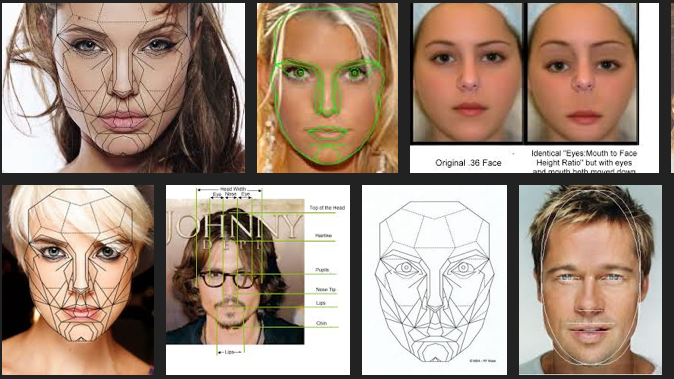 I had the opportunity to discuss this issue on ABC Radio, Gold Coast, with Nicole Dyer. The following is from the ABC web site. The audio may be listened to below too. Love to read your thoughts!

Designer Alex Perry has apologised after sending 21 year old model, Cassi Van Den Dungen, down the runway at Australian Fashion Week, looking extremely thin. But it has renewed debate about the health of models in the industry, and the example being set for young women. Nicole spoke to Dannielle Miller, an educator, and an author of books like ‘The Girl with the Butterfly Tattoo: A girl’s guide to claiming her power’, and also to former model, now author and mum, Chloe Maxwell. 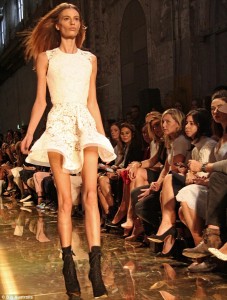 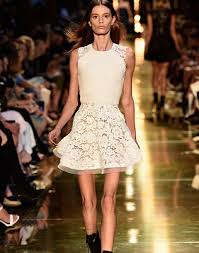 As you think, so you are. As you imagine, so you become.

Affirmation Cards are one of the tools we at Enlighten give girls; these support them in maintaining the positive approaches we introduce them to during our workshops.

Affirmations are short, positive statements that can used to boost strength or chart a new course in our lives. They also have profound effects on mental health and the development of resilience as they train us to focus on the positives rather than obsess over the negatives. Some people find it helpful to repeat an affirmation when they wake each morning, others when the going gets tough. Some like to write affirmations down and pin them up around the house.

The key is focus and repetition. Most of us would agree that if you constantly use negative self-talk ( “I am so fat and ugly, no one will love me”) this has a negative impact on us. In fact, such dark thoughts can trigger devastating physical effects.

We need to understand too then that focused, purposeful positive thoughts can have a similarly profound, healing impact on us. This explain why the use of positive affirmations is also used frequently in therapy for mental illnesses such us depression and anxiety.

It is important to note, however, that using positive affirmations should not prohibit negative feelings, nor does it imply we ned to walk around in a constant state of smiling, hugging bliss! There is nothing wrong with feeling sad, angry, or frustrated. Feelings are not good or bad; they just are what they are. Grief, anger and anxiety are all important emotions to experience, and we need them for guidance. For example, if someone is treating you badly and you feel angry about it, anger is giving you the message that it’s not OK for someone to treat you that way. Psychologist Jacqui Manning explained it to me this way when I was researching my latest book, Loveability: ” Think of your heart as a bus, and your emotions as the passengers. Allow the whole spectrum of emotions on your bus — that is, don’t kick anyone off — but don’t let anger or anxiety hop in the driver’s seat (at least, not for long!).”

Recently on Facebook I shared affirmations designed to support girls to form, and maintain, positive, nurturing relationships. These were taken from Loveability – An Empowered Girl’s Guide to Dating and Relationships. 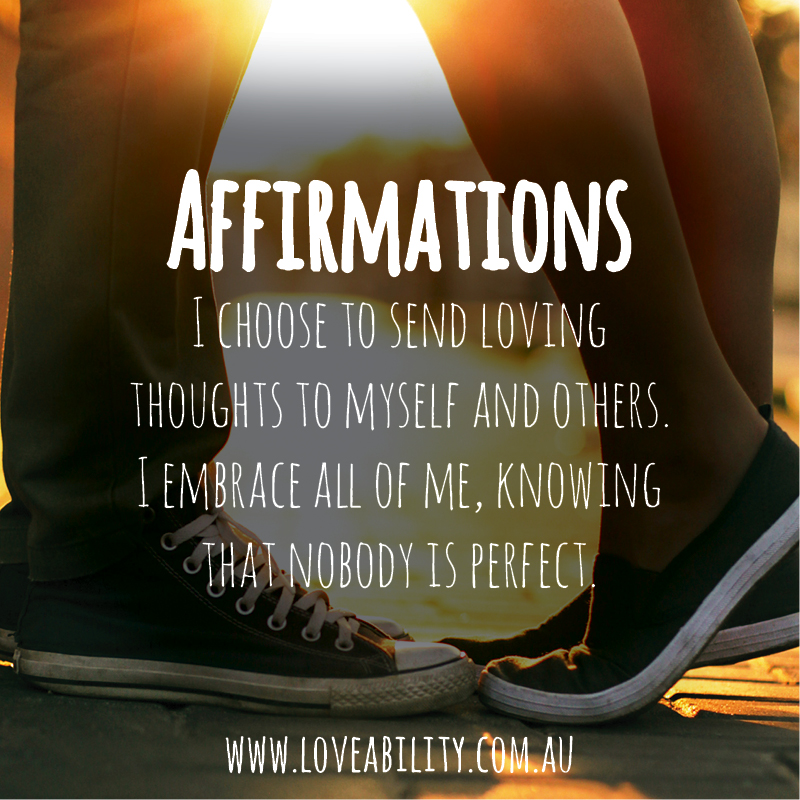 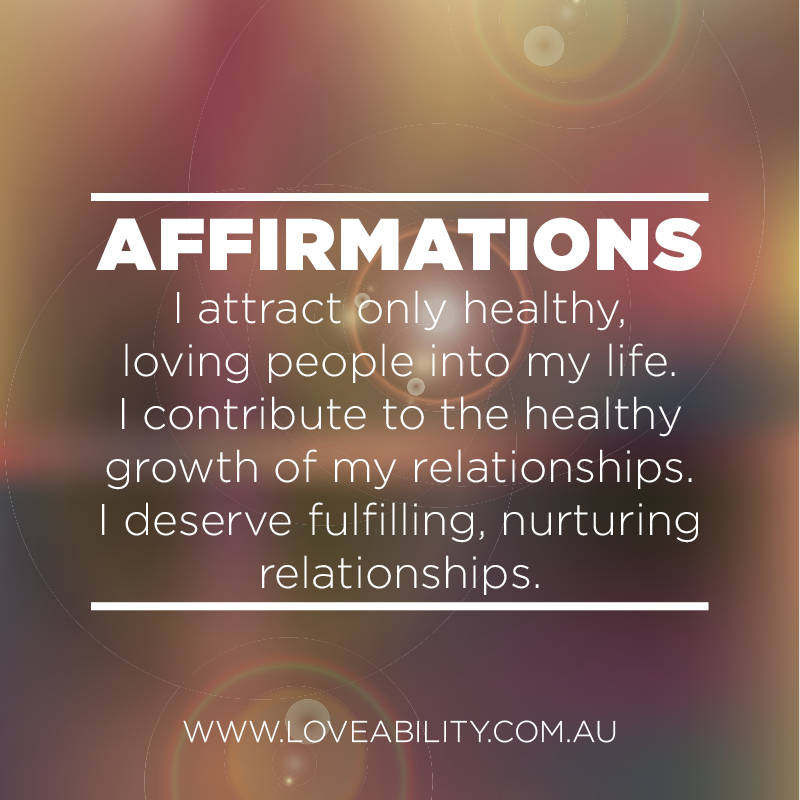 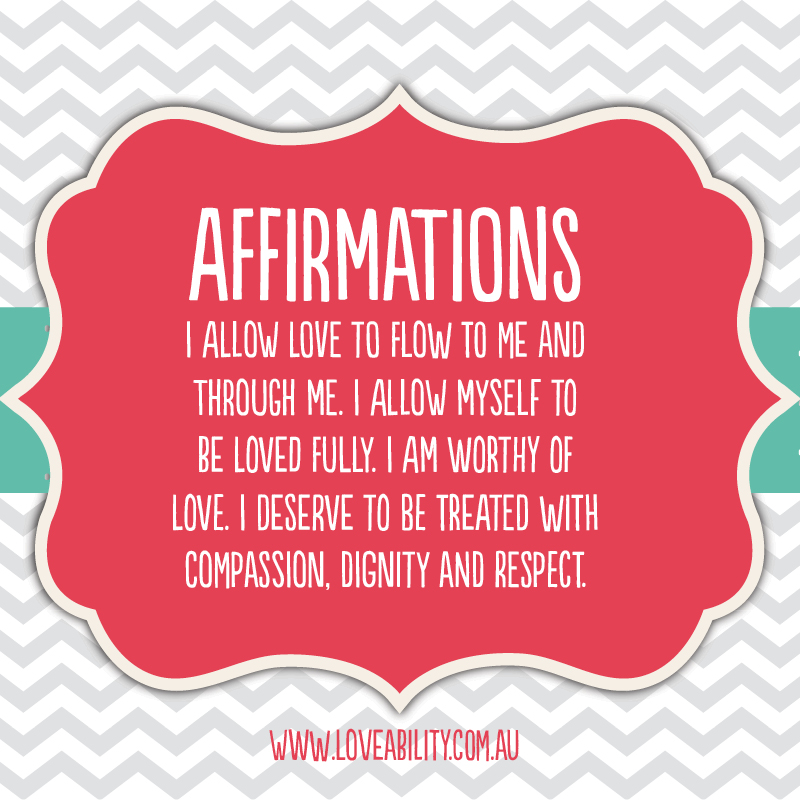 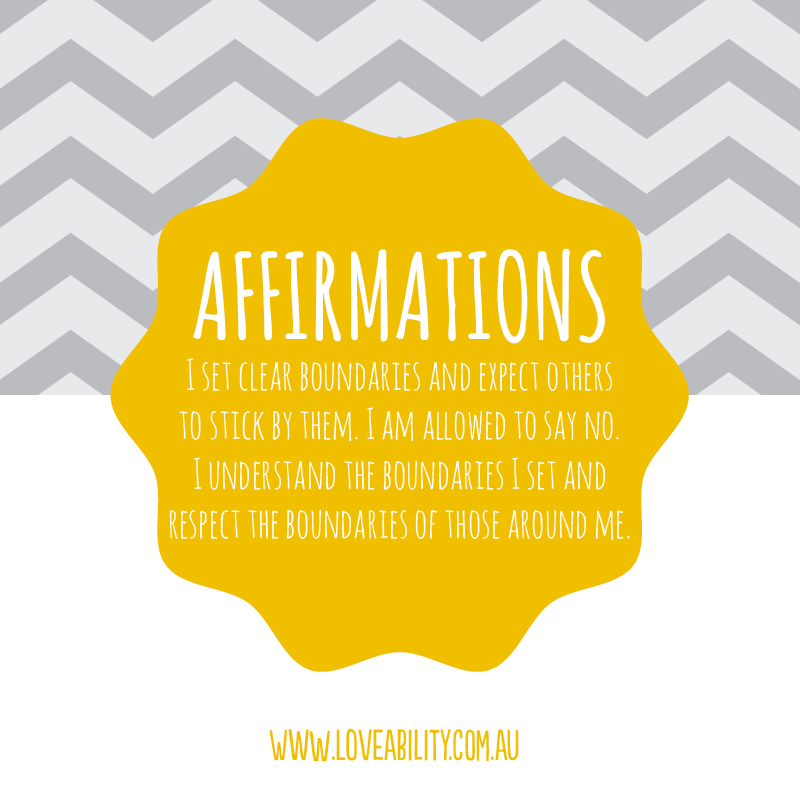 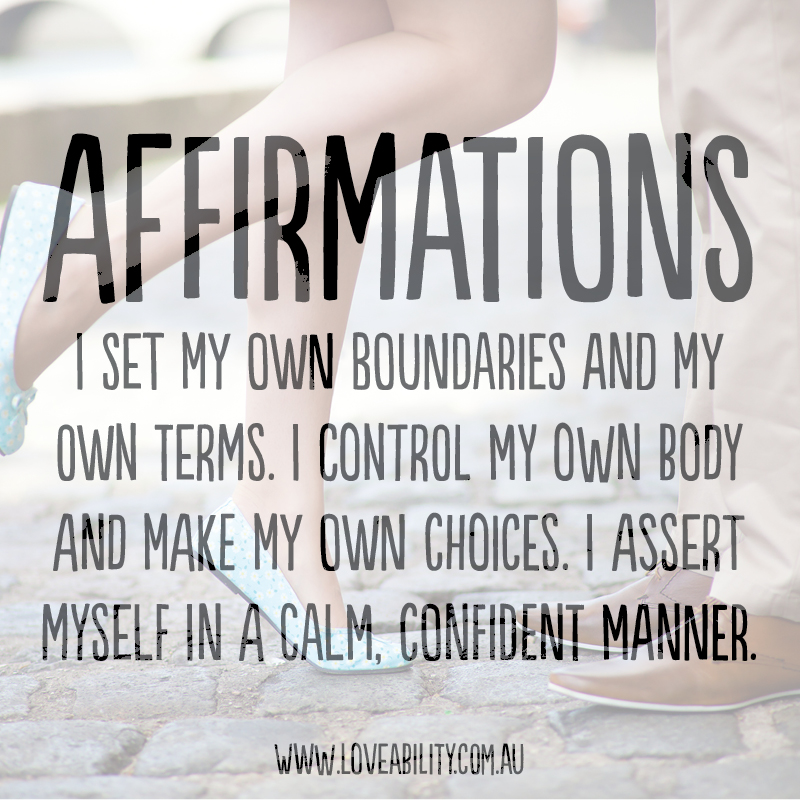 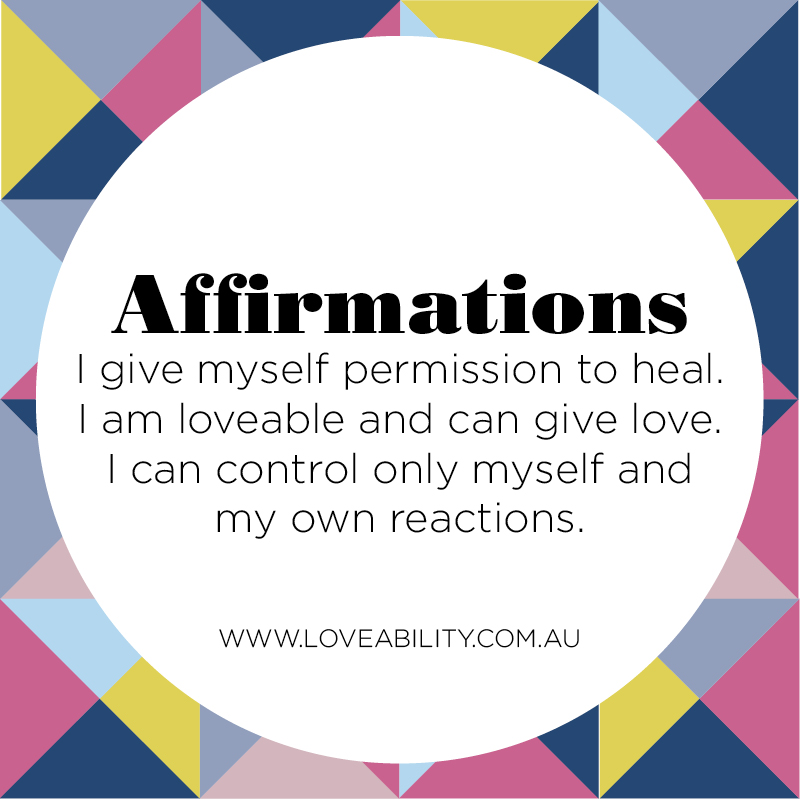 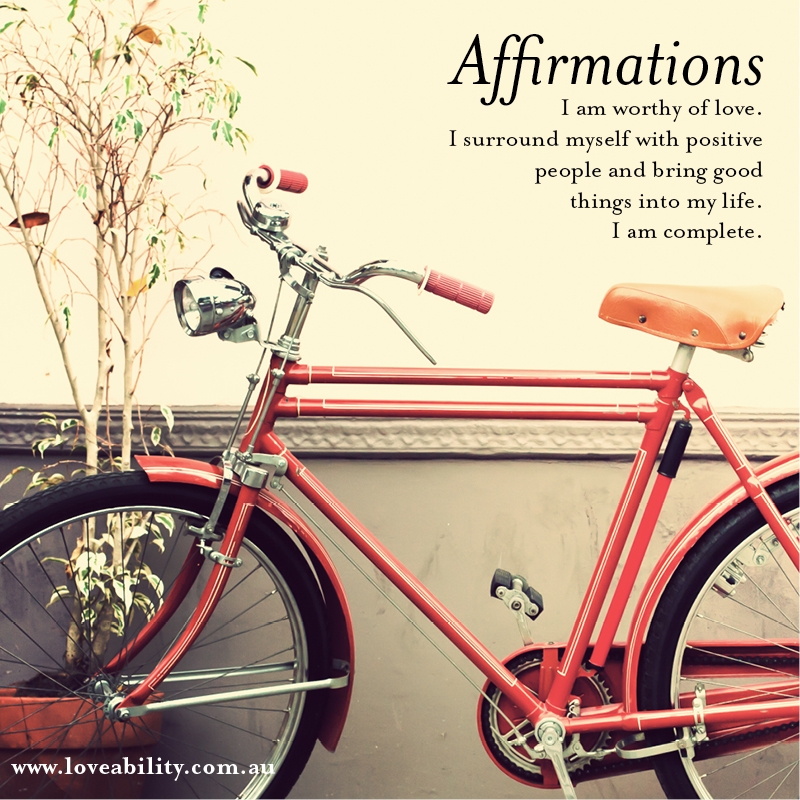 You might also like to download “The Butterfly Effect”, a free iPhone App I designed which provides girls with daily affirmations, quotes from inspiring women, and links to key web sites that support girls and women. Affirmations are also being widely used in a number of new Apps aimed at treating mental health issues. You may read more about this trend here.