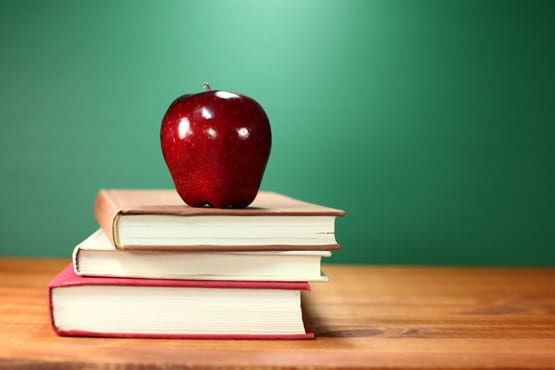 Reports of improper teacher-student relationships are on the rise.

Earlier this month, in a Daily Telegraph exclusive it was revealed that sexual misconduct incidents have increased by two thirds in NSW schools.

While much has rightly been made of the role social media plays in contributing to professional boundaries being all too easily crossed, The Australian’s “The Teacher’s Pet” podcast series was a powerful reminder that inappropriate relationships between the adults we entrust to guide our young people and their charges can be fostered with, or without, modern messaging apps.

When I was 16 years old, I developed a crush on my high school English teacher. The object of my affection was middle aged. When my friends would tease me as he was balding, I’d shake my head in dismay at their youthful superficiality. It was his intellect that I loved!

When he’d read Shakespeare to us in class, I’d imagine what it might be like to sit across from him at dinner discussing the bard (in my fantasies, we spent a lot of time together reading).

I would occasionally say something to him that at the time I thought was outrageously flirtatious (“I like your tie Sir, you look handsome today.”). I’d spray myself with an extra layer of Calvin Kleins’ Obsession (and yes, that actually was my perfume of choice back then) before meeting him in the library for our 3 Unit English lessons.

And yet he never once fed his ego by encouraging my affections.

He did, however, encourage my feminism (he persuaded me to do an analysis of advertisements from the 1950s aimed at women and compare them to the marketing messages of the present day).

He did foster my love of literature.

And he encouraged me to question unhealthy relationships. We studied Who’s Afraid Of Virginia Woolf in Year 12, a play about an ugly night of alcohol were two couples tear at each other. It resembled many nights at my home. Hearing him challenge the dysfunction was revelatory.

On the last day of high school, I convinced my classmates I should give him the farewell gift we’d all chipped in to buy him so that I could kiss him on the cheek after my speech. When I did this, and blushed afterwards, he very graciously covered for me by diverting my classmates with a speech about how emotional endings can be. And he gently explained to me privately afterwards that I really shouldn’t have kissed him, but shaking my hand would be lovely.

From the first to the last, he remained a professional.

And yet while he will always have my gratitude for what he taught me about words, he doesn’t deserve any special commendation for how he managed my crush.

Because the truth is that any teacher, regardless of their age or looks, is likely to be the object of a student’s affection at some point. And any teacher worthy of the title knows this, and knows how to manage it both professionally, and compassionately.

In fact when I started teaching English as a 22 year old, I soon realised that hormonally charged, bored teens will find almost anyone they are forced to stare at for 60 minute periods of occasional romantic interest.

And yes, I had a few teen boys who blushed when they approached me too.

When I’d notice a boy suddenly dousing himself in Lynx aftershave and calling me over more frequently to check his work, I’d know to be careful — and kind.

The same lad would often awaken one day as if from a trance and accidentally call me “Mum” in class, a sure sign that the hormonal spell had been broken and he now viewed me as a matriarchal figure rather than a hottie (which is, ultimately, a far greater compliment).

Our teens are emotional, impulsive and vulnerable.

Teachers know this, and behave accordingly.

It is predators who take advantage.

As we begin yet another fresh school year, perhaps it’s timely to reinforce this important distinction.

The bad apples need to know that there’s no excuse for them using their power to transform youthful admiration and affection into something far more self-serving and sinister.

This post was originally published by The Daily Telegraph, 1/2/19. 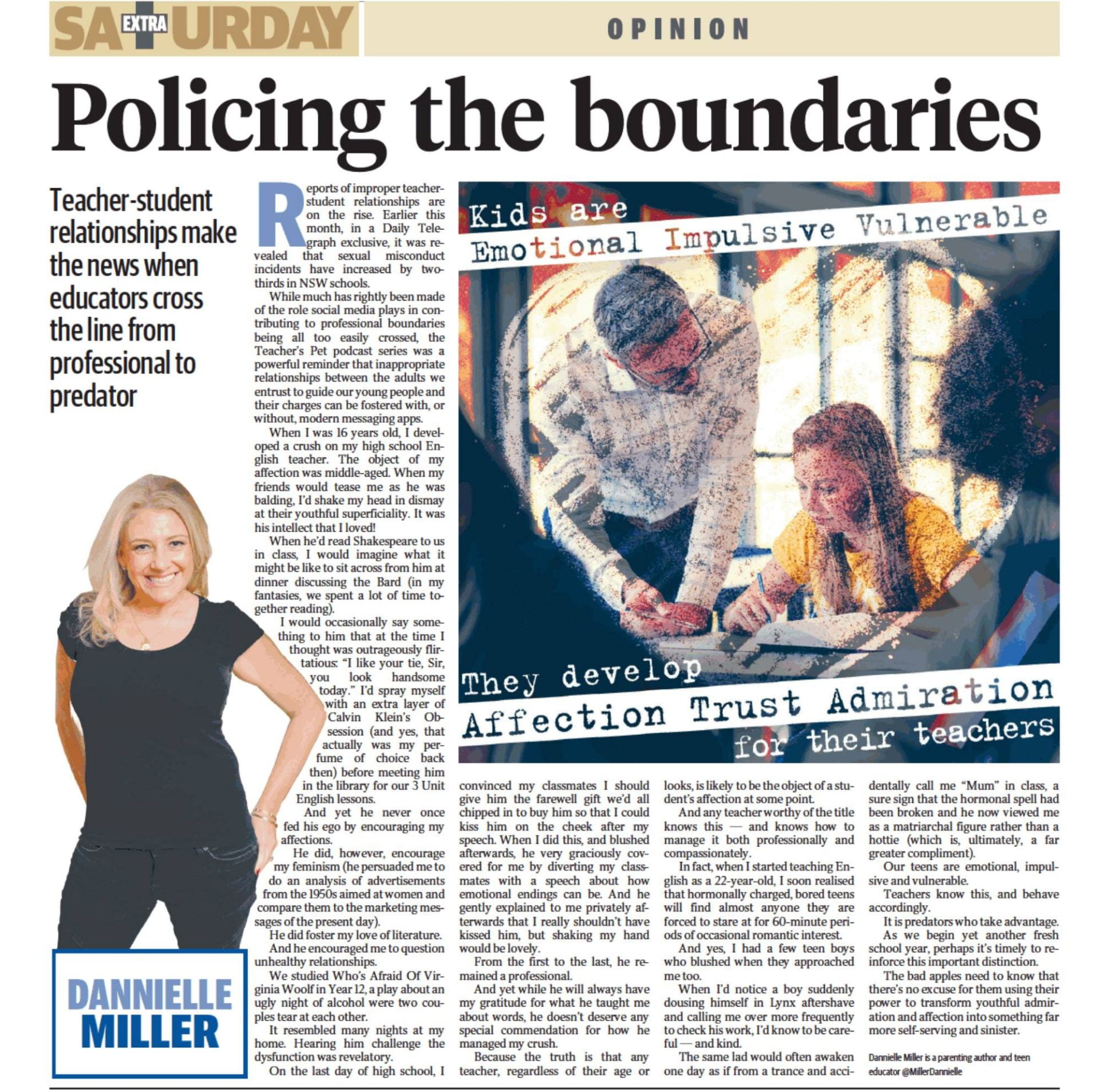